So Jurassic World wasn’t really on my radar. I saw the preview, sure, but I had pretty much no expectations of it. (Basically the same way I feel about the new Star Wars movie. Maybe it will be amazing. Maybe it will be adequate. Maybe it will suck. I have no idea and have been spending 0% of my time wondering which it will be. Which makes me feel a little like a geek curmudgeon, but oh well. I’ve been burnt before.)

However, I went to see Jurassic World (which I am managing to call Jurassic Park about 85% of the time and cannot seem to stop) yesterday. And I was actually really surprised by how much I liked it. Like, really surprised, because I liked it a whole freaking lot. 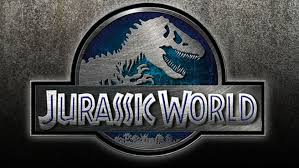 The park. Sure, it was like Disney World: Dinosaurs and was intended to be—over produced, too slick, too much controlled “wonder.” But it was so cool to see it actually functioning. I would totally go. I keep telling myself that I would be smarter, because we all know what happens at genetically engineered dinosaur parks, but I would. I want to ride in a clear hamster ball across a field of dinosaurs. And I definitely want to pet and feed baby ones in a petting zoo.

The nostalgia. There was obviously a lot of love for the original among the creators of this one, and that made me happy. I loved every little in joke and Easter egg from the first one, and think that they did a good job of picking obvious and less obvious ones.

The tension. They did a really good job keeping me white knuckled through the scary parts, but not so badly that I (as a non horror movie going person) was too freaked.

The CGI. I was worried that with modern technology they would go super crazy with the CGI and it would look crappy, as I often find myself thinking in heavy CGI movies. But it looked really good to me. The only time I was like, ok, that looks a little fake was in the aviary escape/attack scenes, where things got oddly blurry occasionally.

The T-Rex. I was so glad to see him again.

The treatment of ladies.  My biggest frustration with the movie was the way that ladies in it were treated. There were only four ladies of any note, as far as I remember, and one (the control room girl) is a stretch.  I didn’t like that 80% of Claire’s character development, if you can call it that, was to go from Uptight Women to Less Uptight Woman. It’s a cliché and one that really annoys me. Additionally didn’t like (as a non-kid-having-and-not-going-to person myself) that she gets nagged at for not having kids—more cliché and the annoying idea that every woman has to have kids/will surely want to if she really just thinks about it.

[SPOILER AHEAD] I also thought that the death of Claire’s assistant, who is assigned to watch over Claire’s nephews and doesn’t do a good job, was needlessly gruesome and creepy.  Pretty much none of the other dinosaur deaths were shown in that much detail—not even the villain gets taken down in such a gleefully visual manner. That they should give the creepiest death to one of the four ladies in the film—one who doesn’t do anything wrong besides lose track of some teenagers who actively run away from her–troubles me. [SPOILER FINISHED]

That none of the dinosaurs reflect newly discovered science about dinosaur appearance. So we know now that at least some dinosaurs had feathers.  Is that a little weird for my child of the ’80s brain? Yes. But we know it. So I really wish that the film had reflected that at least a little. There’s a throw-away line from Dr. Wu about how “the dinosaurs don’t look right” because the park’s new owner wanted them to look like visitors expect. I get that we as viewers are equated to the park visitors—the filmmakers thought that people would complain about the dinosaurs being wrong if they were more accurate. But that’s a cop out. They could have at least had some more accurate dinosaurs, even if they weren’t going to stick feathers on the T-Rex. I realize that this is a summer blockbuster and not a museum video, but I do believe that we can educate and entertain at the same time.

Still, even with these reservations, I had a blast watching it. And it makes me want to watch the original again, so no downside there.

Also, from now on I will be calling the new dinosaur Unobtanium Rex. Just FYI.