Thoughts on Fan Fiction and Liking What You Like

The other day I was invited to talk to a class at a local university. It was all female, composed mainly of English and Language majors, with a good percentage of writers among them. We talked about publishing and writing, about finding internships in writing-related fields, about books and reading. About halfway through the class, a girl who had asked several writing-specific questions raised her hand.

“I have to ask an embarrassing question now,” she said. “I may regret it for the rest of my life, but I have to ask.” She had obviously been working herself up to ask this question and was still really nervous about it. She took a deep breath.

“How do you feel about fan fiction?”

I knew what she was half-expecting me to say something along the lines of: “Fan fiction’s not real writing.” “Fan fiction is just plagiarism.” “Fan fiction is a waste of time.”  She was braced for it, eyeing me with this trepidatious look that said she’d either had people say these kinds of things to her or had read them online a lot.

I could literally see her sigh with relief when I said, “I think fan fiction is great. It’s a really fun way for people to interact with stories and characters that they love, and that’s why we read, right? Because we love stories and characters and want to hang out in those worlds.” A friend sitting next to her put a hand on her shoulder and whispered something along the lines of “See? I told you!” I went on to say that I would really feel like I had “made it” as an author if I saw some fanfic of my books online, and soapboxed a little about how much of fan fiction is written and read by women and how society tends to look down on things primarily enjoyed by ladies.  I could see her sitting up straighter as I talked, as someone in a position of authority validated something she loved. (Not saying that I actually have more authority to speak about this than anyone else, just that I think it was viewed that way since I was speaking to the class as an author as well as a reader.)

We moved on to other topics from there, but I’ve been thinking about that young woman and her question ever since. And so I’m going to soapbox a little more here. Not with anything revolutionary, not with anything that others haven’t said before and often better, but with something that I think we just need to be reminded of as readers and writers every now and then. And that’s this:

Don’t be ashamed of what you love.

It’s so commonplace for us these days. We talk about reading guilty pleasure books, which automatically says that we should feel guilty about what we’re reading. We downgrade the things that we write, saying it’s “only” fan fiction. We often do these things even before anyone has criticized us for them, automatically, because we’re so used to seeing them denigrated by our overall culture. We’re on the defensive about what we like, ready to say that something is “just a beach read” or that we’re only reading a YA book “because my kids are.”

I’ve done it myself. I still do it myself, though I’ve made a concerted effort over the last five years or so to stop doing it. It’s hard sometimes, because we’ve been trained to say that some books or movies are bad and some are good—or maybe just good for us.  And it’s especially hard when we have the feeling that the person we’re talking to is going to mock us—internally or externally—for what we like.

But we should stop doing this. Stop censoring ourselves for what we like to read and write and stop putting other people down for what they read and write. Because we read for all kinds of reasons. Sometimes we read to expand our horizons, to push ourselves by delving into language that challenges us or characters who present us with situations we never considered. Sometimes we read strictly to be entertained, to escape the boring plane ride or to distract ourselves while someone we love is in surgery. Sometimes we read to hang out with characters we already know and love, to immerse ourselves in the company and comfort of literary best friends. Sometimes we write to create entirely new worlds and people, or to try to affect our readers in ways that they will carry with them forever. Sometimes we write for ourselves, because it’s fun or silly or we just freaking feel like it. And, a lot of the times, we read and write in more than one of these ways at once. Or we move back and forth between them as we feel like.

I’m not saying there aren’t poorly written books or problematic books. But I am saying that, as a society, we should spend less time wagging our fingers at people for reading or writing things that we think fall into these categories—because a lot of the time it’s not the books. It’s us. It’s our preconceived notions of what makes a good book or an important book or a worthy book. It’s the voice that says all romance novels are tripe, that YA books can’t possibly as complex as books written for adults, that comic books aren’t real reading.

But there are great romance novels, and there are YA books that are more complex than some adult books, and there are comic books that can be as affecting as any novel. And even if there were not, people should still be allowed to enjoy them because they enjoy them. It’s as simple as that.

The stories that we love are things we should embrace rather than hide, affirm rather than mock. We don’t have to read or write for just one reason, or in just one way. 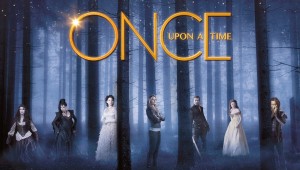 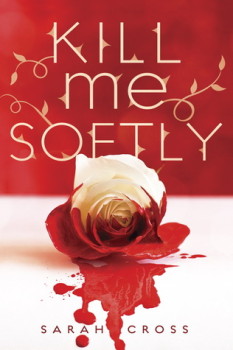